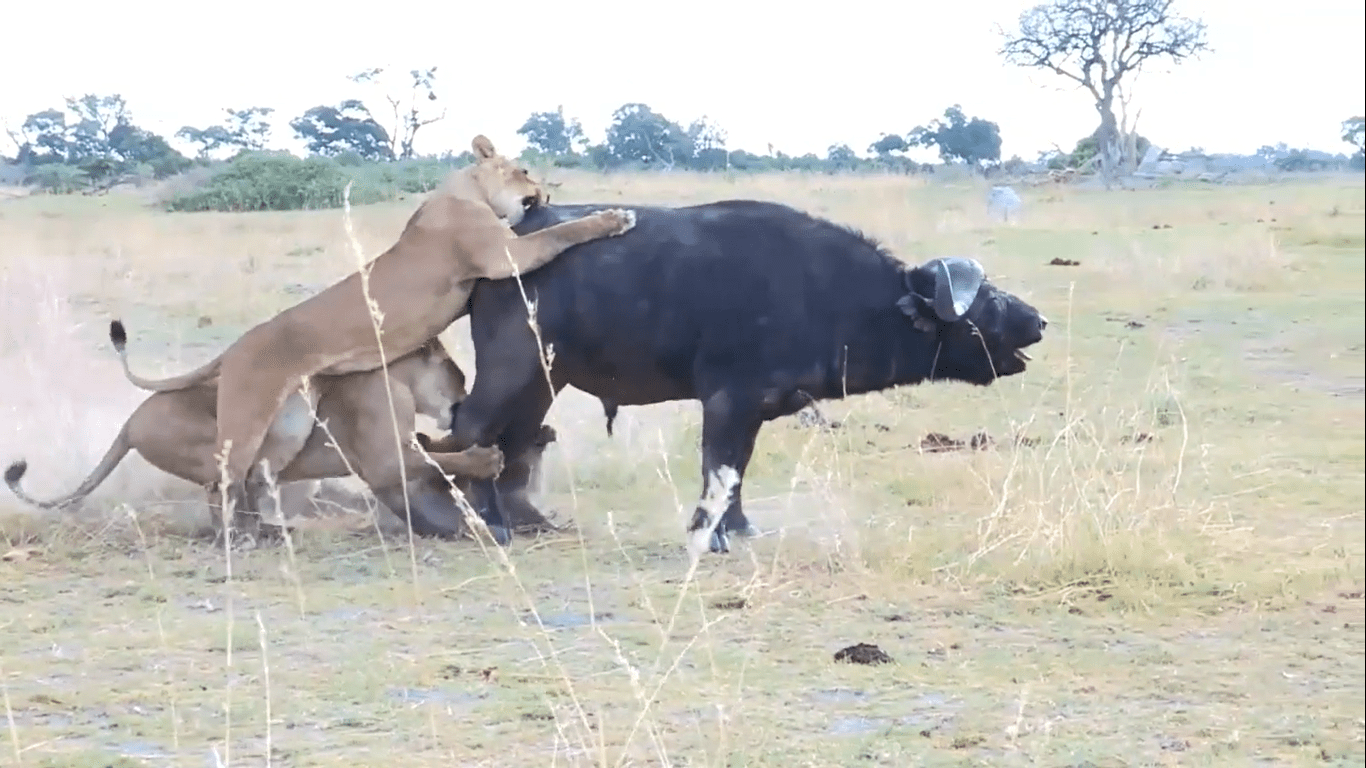 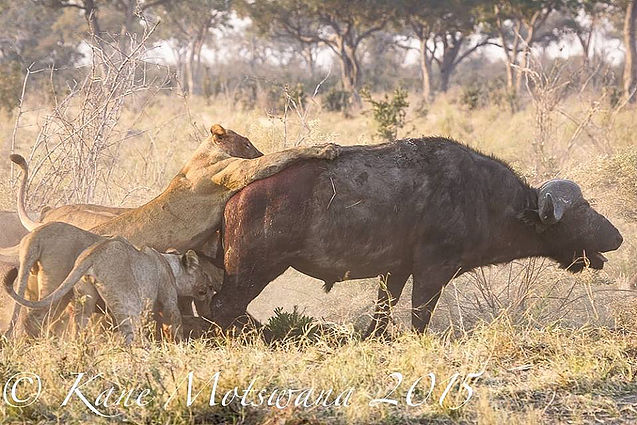 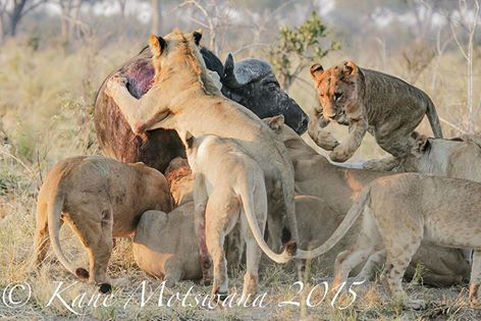 Three weeks ago, I was on a ten day mobile camping trip in the Khwai/Moremi area for four nights and then off to Savute Marsh for three nights, finishing off Ihaha in Chobe National Park. The trip was full of incredible sightings and excitement. We saw a total of 8 different leopards, 27 lions, 3 different packs of wild dogs and two buffalo kills by lions, huge herds of buffalos and elephants and lots of other general game. We had a great morning at Savute finding the Marsh Pride of nine taking down a fully grown buffalo. A few lions were missing from the pride, including the big male who we actually sat with before we saw the attack. We heard the bellows from the buffalos and drove at full speed to get around the corner where we saw these nine lions on top of the big male buffalo. What an incredible sighting! It took about an hour for them to finally take him down. Our Savute morning ended there and we headed off to Ihaha where we saw yet another buffalo/lion kill.